Mozilla Firefox is one of the most used web browsers for PC and also a main competitor in the web browser market after Google Chrome and Edge. This cross-platform browser that available for different operating systems like Mac OS, Windows, Linux, Android, etc. On this page, we are sharing the download link to the latest Mozilla Firefox for Macbook Pro, Macbook Air, etc.. Using this link, you can download Firefox for Mac operating systems directly from Mozila’s official site.

Mozilla Firefox (also known as Firefox) is a widely used free and open-source web browser. Firefox is developed by Mozilla Corporation. This cross-platform browser is available for Mac, Windows, Linux, and Android. The simple user-friendly interface, faster page loading, and lots of useful features make Mozilla Firefox a popular web browser amongst internet users. The main feature of Firefox is that it doesn’t spy on user searches by disabling third-party tracking cookies and gives users full control of their privacy.

Due to its very simple user interface, the user easily can access all the features and settings of the browser and is also able to customize it very easily.

Firefox has a huge library of add-ons. These add-ons are some small programs or codes used to customize the browser by the user. It also helps the users to extend the functionality of the browser. The user can use these add-ons to block pop-up ads or flash contents and change the interface of the browser in many more ways.

This browser supports many web standards including XHTML, CSS, PNG images with alpha transparency, and perfect web page rendering, and it is one of the useful features of Mozilla Firefox.

The extension manager of Firefox makes it easy to add or remove any extensions, add-ons, plug-ins, and themes to the Mozilla  Firefox web browser. The user can search and install extensions, plugins or themes as their requirements right from the pop-up box, with no browsing required. Also, the plug-in manager lets you enable and disable third-party helpers like Flash, QuickTime, etc.

Another best part of Mozilla Firefox for Mac is security protection. Firefox has stronger filters and protection against malware, phishing sites, cookies, and other tools that compromise privacy and security and which made Mozilla Firefox a complete web browser.

Other Apps for macOS

Download GIMP for Mac OSX 10.9 and Later for Free 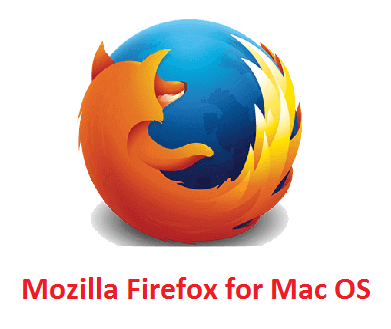