As Windows XP has become older, most of the new software is also not supported by this OS which is very important for a PC. Therefore, a user needs to install an older version of software supported by Windows XP to do his tasks. On the other hand, the use of old versions of an application can put your computer at risk as old software does not have the new security features and protection against the latest security threats. In this post, we are sharing some useful Windows XP software that you can still use on your old computer in 2021, and also there is still technical support available for some of it. 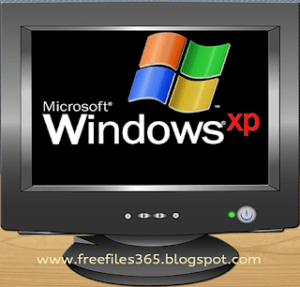 Windows XP is one of the oldest versions of the Windows Operating System, which was released in the year 2001. It lasted for more than 6 years and it is also considered as one of the most successful versions of Windows OS. In January 2007, Microsoft released the upgraded version of Windows and that was Windows Vista. So far Microsoft has done a lot of development on its Operating System and has added many different features. And now, the latest version of Windows OS is Windows 10.

Windows XP doesn’t support the newer versions of the modern web browsers. On the other hand, Microsoft has already stopped providing security updates and technical support for Windows XP as well as Internet Explorer 8 (the last supported version of Internet Explorer by Windows XP). Therefore, you need a modern web browser that supported by Windows XP PC and also gets new updates and supports from the browser’s manufacturer. And if you’re looking for such type of web browser, then, first comes the name of Mozilla Firefox. Firefox is one of the few browsers that continue to support Windows XP.

Mozilla Firefox version 52, released in March 2017, was the last fully supported version of Firefox for Windows XP. XP does not support Firefox released after this version. Firefox 52 has all the new major security features and a fully functional modern web browser for XP. Because Mozilla still providing updates and support for Firefox 52.

Another modern web browser for Windows XP is Google Chrome. Google Chrome simple but a powerful web browser that combines a minimal design with sophisticated technology to make the web faster, safer, and easier. The final version of Google Chrome available for Windows XP version 49. But, in April 2016, Google stopped providing support for Chrome  v.49. This version of Chrome still runs smoothly on XP but, you won’t be able to use the newest features and security updates available for the newer version of Chrome.

Although this is an old browser, however, it is a more updated and secure browser than Internet Explorer 8. It’s much faster than IE 8 and there are many useful features in this modern Internet browser.

Vivaldi is another new browser that supports Windows XP Operating System. You can download the Vivaldi web browser for Windows XP here.

An antivirus program protects your computers from the virus, trojans, malware, hackers, online phishing etc. and other security threats and keeps your computer safe and healthy. Since a piece of a virus can destroy your entire computer system and make our computer just a piece of junk, it can spy on your personal information like security password and credit card PIN, etc.

In the case of Windows XP, antivirus-software is more important because it has already become obsolete and there are no new security patches and updates available for XP. Therefore, installing antivirus software on your old PC is strongly recommended.

You can try the following free antivirus applications for Windows XP.

Avast is one of the trusted brands in the market of Antivirus software that provides essential security protection to our devices. Avast provides both the free version and paid version Antivirus for PC and Smartphone. The free version comes with basic security protection and limited features. But still, it is enough to protect your device from various security threats. It is fully compatible with the Windows XP Operating System. But you must have service pack 3 (XP SP3) on your PC. If you do not have Service Pack 3, you can download it here.

You can download Avast Free Antivirus full version for Windows XP from the link below:

You can Download AVG Antivirus Free Edition full version for Windows XP from the link below:

Comodo free Antivirus is also a better choice for Windows XP OS. It provides reliable protection for the day-to-day activities of your system and prevents all new viruses and malware.

Panda Free Antivirus is another best alternative to Avast and AVG Free Antivirus for Windows XP. Panda Security has also continued offering updates and support for all their customers with XP installed on their computers.

Along with the Antivirus protection, you also need a Firewall service for the better protection of your PC. A firewall is a security software used to blocks unauthorized access to the incoming and outgoing network. A firewall prevents potentially harmful programs, malware, spyware, online attacks that spread over a network.

An office suite software is usually a bundle of related programs that contains programs like word processing programs, spreadsheet programs, presentations, databases, and other related programs. An office program is an all in one program to do data entry, accounting tasks, desktop publishing, database management, graphics designing, etc.

The latest version of Libre Office is version 6. The last fully supported version of this office suite by Windows XP was version 5.

Apache OpenOffice: Another best free office suite and the best Windows XP software is Apache OpenOffice. Like Libre office, it is also an open source project and can be used for private, educational, government and public administration, commercial purpose.

Ccleaner is one of the trusted free, lightweight and very powerful system maintenance tools for PC. It removes unwanted registry entries and junk files, temporary and unwanted files, memory dumps, waste recycle bin files to free up hard disk space from computer systems and run the system faster and smoother. This free and best Windows XP software can really boost the performance of your PC.

Another best system optimizer tool suitable for Windows XP is Glary Utilities. It’s a free app to speed up PC speed and fix minor errors and crashes to maximize your computer’s performance.

These are some latest and best Windows XP software that you can still use on your old computer that runs Windows XP Operating System. You can also download the full version of these programs for free using the links shared here.
Download Best Windows XP Software Still Use Today (2021)